Maneki Neko (kanji: 招 き 猫 hiragana ま ね き ね こ, can be understood as Waving Cat) is a common Japanese figurine (lucky charm, talisman) which is often believed to bring good luck to the owner. Actually “Maneki” is the Japanese work for beckoning and “neko” means cat in Japanese. The figurine depicts a cat beckoning with an upright paw, and is usually displayed in—often at the entrance of—shops, restaurants, pachinko parlors, laundromats, dry cleaners, salons, and other businesses. Some of the sculptures are electric or battery-powered and have a slow-moving paw beckoning to invite guests.

To some Westerners it may seem as if the maneki-neko is waving rather than beckoning. This is due to the difference in gestures and body language recognized by some Westerners and the Japanese. The Japanese beckoning gesture is made by holding up the hand, palm down, and repeatedly folding the fingers down and back, thus the cat’s appearance. Some maneki-neko made specifically for some Western markets will have the cat’s paw facing upwards, in a beckoning gesture that is more familiar to most Westerners.

The Accessories Make the Lucky Cat 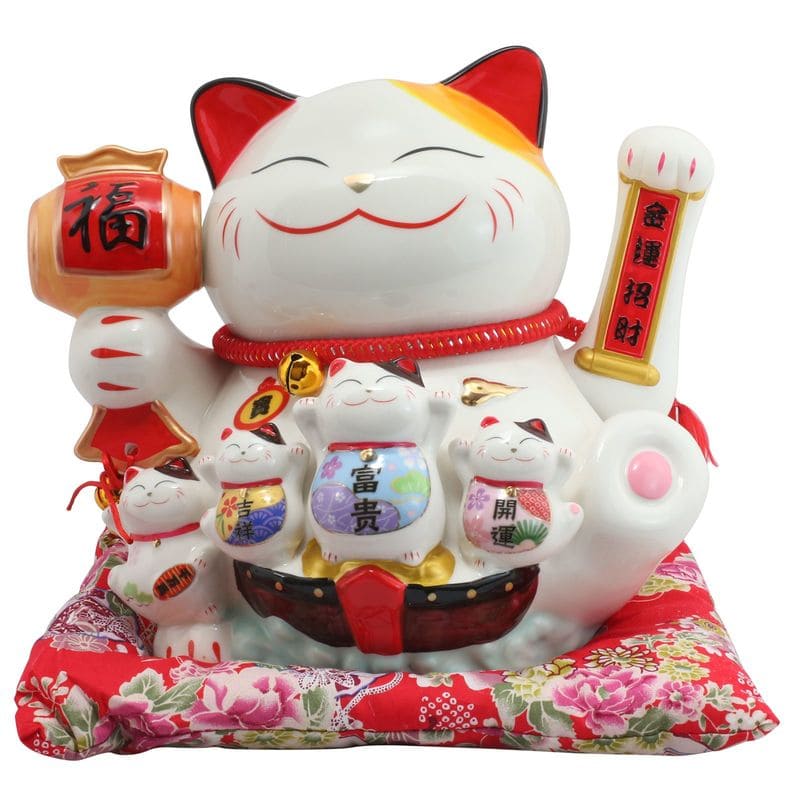 If you look closely at the various maneki neko, you’ll notice that some items are often kept or worn by cats.

Originally, the maneki-neko is in white. But over the years with the combination of Feng Shui, different color variations were born. The original white color is to get good luck and overall good fortune, while black is to ward off evil, red is for good health, yellow or gold is for wealth, and pink is for romance.

Maneki Neko is usually made of ceramic. However, it can also be made of various materials from plastic, wood, paper or clay. Some expensive Maneki Neko statues can be made of gold. The type of movement is mostly made of plastic.

There are several different legends about the Maneki Neko.

The most well-known is about the poor priest, his cat and the rich feudal lord.

A poor priest lived in a small temple called the Gōtoku-ji temple (in Tokyo) with his beloved pet cat.

He was barely getting by, having very little food and no worldly goods.

One night a frightful storm hit the area. The traveler was passing by and stopped for refuge under a tree.

Standing there in the pouring rain, he noticed a cat sitting by the door of a small temple. The cat kept waving his paw, as he was beckoning the man to come into the temple.

The traveler was fascinated by the strange behavior of cat and wondered over to the temple.

Just as he reached the temple entrance, lightning struck down on exactly the same spot he had been standing just moments earlier.

The beckoning cat had saved his life. It so happened that this traveler was an extremely rich feudal lord.

He was showed his gratitude by showering the temple with enormous amounts of gifts and money.

The beckoning cat had truly brought prosperity to its owner and their home! 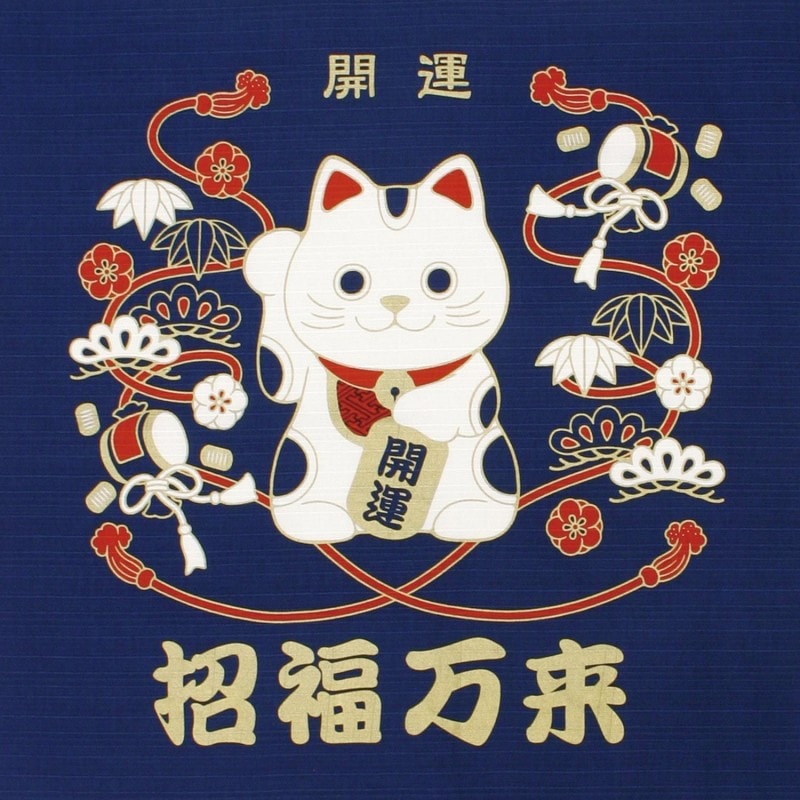 Modern Japanese folklore suggests that keeping a talisman of good fortune, such as the maneki-neko, in bedrooms and places of study will bring about favorable results and life successes.

The Pokémon named Meowth is based upon the maneki-neko. Unlike traditional Maneki-neko who hold the Koban coin, Meowth has the coin projected from its forehead. Meowth can fire this coin as a projectile weapon with its signature move Payday.

Netta performed her song “Toy” in front of two walls full of maneki-neko at the Eurovision Song Contest 2018. She won the competition after collecting 529 points at the final.

Hi, i am Do Quoc Chung. A collector, travel-lover and a nice guy with big dream. I hope my store can bring joys , fun, love to you and your friends, family.

Hi, i am Do Quoc Chung. A collector, travel-lover and a nice guy with big dream. I hope my store can bring joys , fun, love to you and your friends, family.
facebookinstagrammail